We are here today， at the ACC 2014 sessions with Dr. Gregory Dehmer. So Dr. Dehmer， the first topic I’d like to talk with you about today is the SCAI/ACC/AHA Expert Consensus Document 2014 update on percutaneous coronary intervention without onsite surgical backup. You were the first author. Can you briefly introduce the document， and compared to the 2007 version， what updates or changes were made?

Dr. Dehmer: Well， I would be happy to do that. The 2007 document， it’s important to emphasize， was written at a much different time in the United States. In 2007， the existing guidelines for PCI specifically listed elective PCI without onsite surgery as a class 3 indication and to be specific， class 3 means， "Do not do this"， in very simple terms. Despite that， there was a lot of information in 2007， when we wrote the first document about performing PCI without onsite surgery -- for example， PCI without onsite surgery was widely performed in many European countries with excellent results， and the Europeans in fact don’t make any big deal out of it. Back in 2007， there were a number of very prominent and well-respected institutions in the United States that were doing PCI without onsite surgery -- the Mayo Clinic， for example， Duke University， for example， had sites that were doing it， and were getting excellent results. Many practitioners， wanting to provide the best possible care for STEMI patients in their local communities， adopted programs to develop PCI without on-site surgery. Yet， in 2007， those same practitioners felt that they were out on a limb， and because the guidelines made it class 3， that somebody was out there sawing off a limb behind them， and they were going to get caught in a difficult situation， if， despite their best efforts， they had a bad outcome. So， it was many of the members of SCAI who came forward， and they asked society tao take a very seriously look at this. And I had the privilege of leading the group that took a look at it， and it led to the paper that was published in 2007.

So what’s different in 2014? Well， there’s quite a bit that’s different. A number of studies have been published. Since 2007， perhaps the two most notable studies were large， randomized studies that looked at performing elective PCI without onsite surgery. One of them was by Dr. Aversano and his colleagues. It was published in the New England Journals -- about 18，000 patients -- and they showed no difference in outcome; they showed no difference in the need for emergency surgery. There was a smaller trial， the MASS COMM trial， which just combined the state of Massachusetts， smaller numbers， but they reached the same conclusions. There were a number of trials that were published， and actually the guidelines are now different. The guidelines have upgraded elective PCI from a class 3 to a class 2b， and primary PCI from class 2b to class 2a.

So， those improvements， or those reclassifications led us to feel like we needed to update the document. There are actually about 9 different guidelines and statements from various organizations out there， so one of the goals of the new document was to consolidate all of that into one document， so that individuals engaged in this would not have to go to 9 different documents to get recommendations -- we put it all into place. That was part of the goals. We cite the new literature， we kind of bring all of those goals together， all of those operating instructions together， in one convenient source for practitioners. So that was one goal. And then we took a hard look at what the current state of PCI in the United States. So， the new document that we published in 2014 does several things. It reviews all the current literature that has accumulated since 2007， and we try to summarize all of the various recommendations from different professional societies about the performance of PCI without onsite surgery. So， physicians that are doing this or who are running laboratories， don’t have to look at multiple different documents. They can just go to one source and find everything that they need.

And the last thing is that we take a good look at the current status of performing PCIs without onsite surgery， because， in the United States， there have been several studies -- 3 -- that have looked at the distribution of these services， and have shown that despite building a lot more cardiac cath labs， it is not really providing dramatically improved access to PCI facilities. In fact， one study suggested that PCI facilities are being built where they’re least needed -- that is， they are clustered around existing facilities. They are not in areas that really do need facilities.

Dr. Dehmer: A lot of these recommendations come forth from our guidelines， which are developed based on the best possible literature that’s out there. Unfortunately， there’s a lot of situations where there are just not enough data to know exactly what’s the right thing to do for the patient， and that’s where the judgment of the practitioner needs to come in. There’s another series of documents called the appropriate use criteria， which are developed more or less to further help the clinician make these decisions and help inform patients about that. So， if you look at what the appropriate use criteria -- probably the first big fork in the road， or dividing point， is patients that have stable syndrome， versus an unstable syndrome. Because in unstable syndromes， I think the data is fairly strong. Some type of intervention， whether surgical or PCI is deemed as being appropriate. For stable angina， there are usually about 5 things you look at -- 1 is the level of their symptoms -- "Is it mild or is it severe?" You look at the medicines that they are on -- if they have non-invasive studies， treadmill tests， nuclear studies， those kinds of things， "Can you quantify the level of ischemia that’s present?" And you look at the anatomy that a person has. Obviously， some anatomic situations are more compelling for revascularization than others. Those are all factors to be considered， but all the documents notwithstanding， they provide guidance， but they don’t absolutely tell you what to do -- that has still has to be based on the individual physician， the patient， and their family -- and then blending the science that we know with the personal preferences of the patient. All patients are not alike， so you kind of have to weave that into the whole mix of trying to decide what’s best for the patient.

You mentioned the appropriate use criteria. That has to do with my next question. With the growing use of PCI， its use grow very repidly， and also there have been some issues with the alleged overuse of stents -- and we have developing countries where these PCI use is growing， so it may be difficult for them and their own medical systems， how to integrate it and use it appropriately -- so is it just a matter of just physician education， to use these interventions in a reasonable way that’s going to benefit the patient and also be good for the system as a whole?

Dr. Dehmer: So， angioplasty and the whole field of interventional cardiology is fairly new. It started about 30~40 years ago， I believe. There’s no question that it’s had a very brisk trajectory of uptake in terms of its use， but at least data from the United States， since about 2007， there’s actually been a decline in the use of PCI. There’s a number of things that have led to that. One is a very major study that you could characterize as a shot across the bow， perhaps， and that was the Courage trial. When it came out， it reminded everybody that actually medical therapy is pretty good for people with coronary disease. One of the things that has happened， as Mark Twain， one of our great philosophers， is known for this: "For the man who has a hammer， everything looks like a nail". There’s a lot going on in the U.S. about how we are trying to transform our healthcare system. It has been a healthcare system where physicians have often been financially incentivized to do more -- that is， the more procedures you do， the more scans you， the more surgeries you do， the more gallbladders you take out， the more angioplasties you do， whatever -- the better the compensation is -- because you’re kind of paid like the more you do， the more you get. That may not be the best incentive， moving forward. Now， people are much more diligent about trying to do the right thing for the right patient at the right time -- that’s an expression that’s being used a lot these days. As a result of that， I think the use of angioplasty has gone down. You’re absolutely correct to point out， and I’m embarrassed to agree with you that there have been some egregious cases that have received a lot of attention in the lay press. I think I’m firmly committed that every distribution， the individuals where that’s been alleged， are on the far end of the bell shaped curve， and do not characterize the majority of physicians in this country who really try to do the right thing for their patients every single day. Sadly， those kinds of abuses do exist. They exist in many other professions besides cardiology. It is a wakeup call when these things happen.

Transcatheter Aortic Valve Replacement (TAVR) is an exciting area of cardiology， where we’re seeing some amazing things. How do you see the development with TAVR， moving forward?

Dr. Dehmer: I’m old enough to remember the American Heart Association meeting that had Dr. Andreas Gruentzig， up in the front of the room， his presenting his very first experiences with balloon angioplasty， and half the room， when he was all done， got up and gave him a standing ovation， because they thought it was just brilliant. And the other half of the room thought he was just crazy. And look at where we have gone in just a little over thirty years， with the technique of coronary intervention. I think we’ve learned a lot -- nobody has gotten up， and thought that the physicians who are leading the charge on TAVR are crazy， but even five years ago， who would have thought you could have replaced someone’s aortic valve without surgery? Yet， now we are doing it. We are doing it at my institution. Now there’s two valves that are approved in this country for use. The technology， I think， is going to continue to advance. You mentioned that there was a valve in China that has been developed. There are several that have been developed in the European countries. I think the technology is going to get better and better. I would venture to say that now is probably not going to be a good time to think about being a heart surgeon， because the scope of what you do is going to be gradually narrowed. So， I think we are just in the beginning of the whole area of structural heart disease， and the percutaneous treatment of structural heart disease. It’s like， who would have thought we were going to be doing coronary interventions from the radial artery? And now they’re done commonly， and there are many advantages. I’d even go out on a limb， and say， we’ll be putting in heart valves through your radial artery. Who knows? The future is limitless. 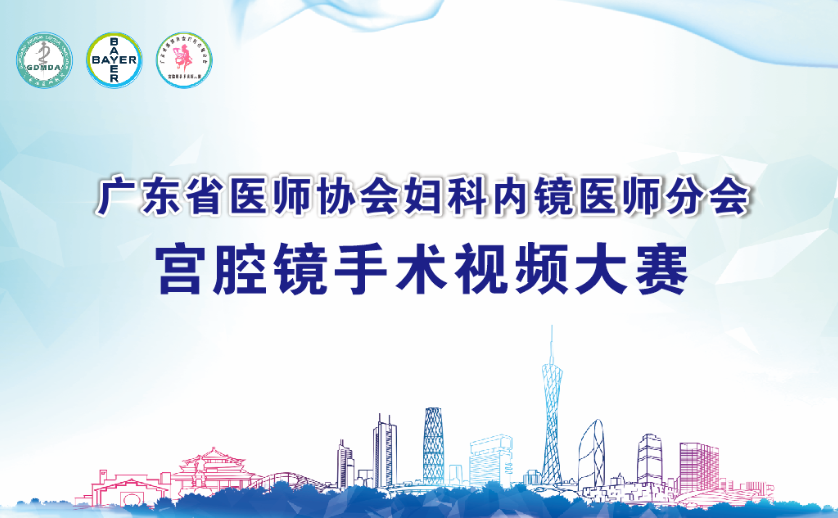 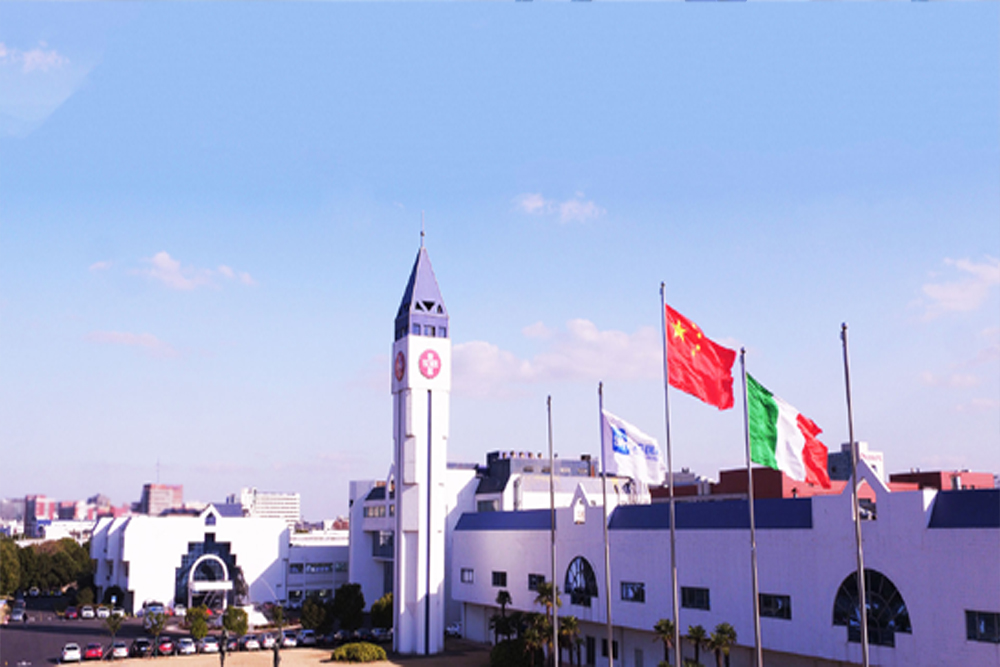 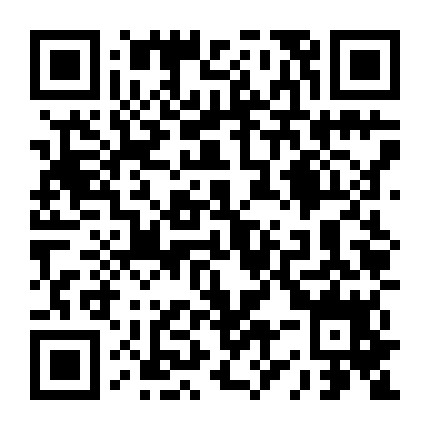